Leading doctors are now advising that the Mediterranean (Med) Diet is not only healthy for our hearts reducing heart attacks and strokes, but also in the fight against obesity.

In fact they believe that this may be a healthier way to eat for sustained weight loss that the conventional approach which is to limit calorie consumption.

The doctors, writing in the Postgraduate Medical Journal (PMJ), criticize the diet industry for focussing on calorie restriction rather than good nutrition.

As you will have read here before (see below for my previous blogs on this subject) the Med diet focuses on eating vegetables, salads, fruit (in its whole form), nuts (raw rather than salted) and olive oil.

Author of the report, Dr Asseem Malhotra says the science for the diet is overwhelming: “It’s going to have an impact on their health very quickly. We know the traditional Mediterranean diet, which is higher in fat, proven from randomised controlled trials, reduces the risk of heart attack and stroke even within months of implementation.”

He also writes that adopting a Med diet after a heart attack is almost three times as effective at reducing deaths as taking cholesterol-lowering statin medication.

Public Health England is said to be reviewing the dietary advice it gives in the “eatwell plate” – which is used across the UK for guidance on what food to eat.

My problem with the plate is that it gives too much emphasis on starchy vegetables such as white potatoes and other starchy foods such as bread, pasta, rice.  These forms of carbohydrate should be limited in favour of wholegrain, vegetables and salads, beans and pulses, nuts and seeds, good quality meat, poultry, fish (white and oily) and eggs.

We should be looking to cut out ‘fast’ or ‘ultra processed’ foods as much as possible and be aware of hidden sugars in the foods we eat on a daily basis to help with weight management and other conditions such as diabetes, high blood pressure and obesity.

Where do you begin?

A lot of nutrition and dietary advice can be overwhelming and for some people it seems just too difficult to make any changes at all.

My advice is to sit down and look at where you can swop one of your staple foods for a healthier option: it doesn’t have to be at every meal but once you start trying some different options, it gets easier to continue and experiment further. 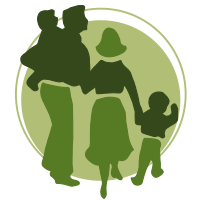